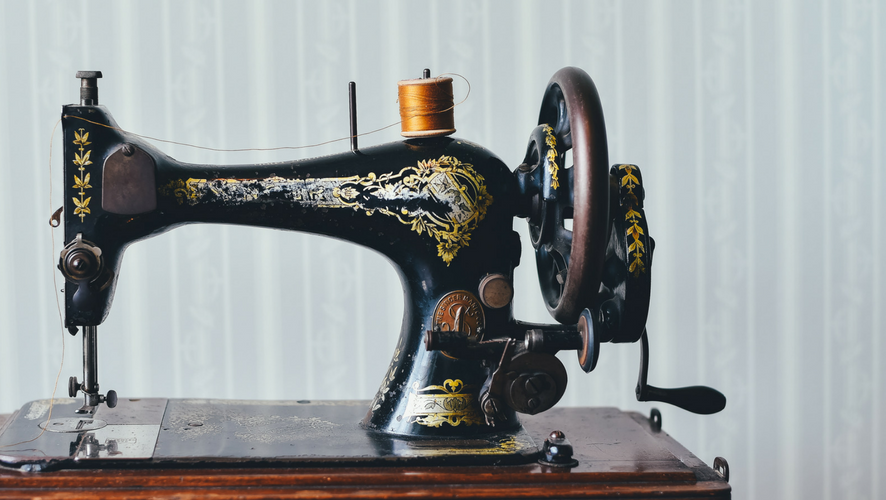 The history of the sewing machine is one littered with accusations, failed attempts and some serious scandal. From narrowly escaping death to patent law suits, it’s an interesting story that demonstrates the seam-ingly humble sewing machine ruffled more than a few feathers in its lifetime.

The history of the sewing machine wouldn’t exist without the artistry of hand sewing. People started sewing by hand some 20,000 years ago, where the first needles were made from bones or animal horns and the thread made from animal sinew. Our inventive instinct explains the natural progression to want to improve sewing techniques and make it less laborious. Cue the Industrial Revolution in the 18th Century Europe, where the need to decrease manual sewing in factories became paramount.

Charles Weisenthal, a German man, was issued a British patent for a “needle that is designed for a machine.” There’s no description in Weisenthal’s patent of any mechanical machine, but it shows there was a need for such an invention.

The history of the sewing machine essentially starts here. A cabinet maker from England named Thomas Saint designed the first sewing machine of its kind. The patent described a machine powered with a hand crank to be used for leather and canvas. Nobody knows if Saint built a prototype, but in 1874, English engineer, William Newton Wilson found the patent drawings. They were so detailed, he built a replica, proving that it did work.

It’s worth mentioning that all attempts of designing a sewing machine before the first successful one, all moved the needle side to side and were powered with a winding handle.

Joy! 40 years since Thomas Saint first drew and described a machine for sewing, we finally have a functioning sewing machine. Barthelemy Thimonnier, a French tailor, invented a machine that used a hooked needle and one thread, creating a chain stitch.

After the successful patent, Thimonnier opened the world’s first machine based clothing manufacturing company. His job was to create uniforms for the French Army. But when other French tailors got wind of his invention, they weren’t too pleased. They feared his machine would result in their unemployment so they burnt down his factory while he was still inside. Never take your sewing machine for granted ever again; this guy almost died for it.

This is an example of sticking true to your beliefs. Walter Hunt created America’s first functioning sewing machine, but he had second thoughts. Hunt thought such a machine would cause unemployment for many, so he didn’t bother to patent the design. Now you see where things are going to get messy.

The sewing machines we’ve seen so far are all made up of disjointed elements, with nothing really working together. In 1844, English inventor John Fisher designed a sewing machine that would eliminate this disparity between the moving parts. However, a botched filing job at the Patent Office resulted in his patent getting lost, so he never received any recognition.

Elias Howe from America invents a sewing machine that resembles Fisher’s, with some tweaks and adjustments. His patent was to invent “a process that uses thread from 2 different sources.” His machine has a needle with an eye at the point, which goes through the fabric creating a loop on the reverse, a shuttle on a track that slips the second thread through the loop, creating what is called the lockstitch.

He struggled to market his design, so he took the plunge and sailed to England. After a lengthy stay, he returned to America only to find others had copied his lockstitch mechanism. One of those was an Isaac Merritt Singer.

Isaac Merritt Singer is one of the most well-known sewing machine manufacturers, building an empire that is still going today. His iconic Singer sewing machines are beautifully ornate and somewhat legendary. He developed the first version of our modern day sewing machine, with a foot pedal and the up-and-down needle. He was also inspired by elements from the Howe, Hunt and Thimonnier inventions, causing Howe to file a lawsuit.

Elias Howe took Singer to court for Patent Infringement, where he defended his case and won. Isaac Singer tried to refer back to Walter Hunt’s design, expressing that Howe infringed upon his idea. Unfortunately for Singer, this didn’t have any impact at all. The lack of patent on Hunt’s design meant it was intellectual property for anybody to use.

What’s interesting is that if John Fisher’s patent hadn’t have been filed wrong in the Patent Office, he too would have been involved in the law suit as both Howe and Singer’s designs were almost identical to the one Fisher created.

Consequently, Singer was forced to pay a lump sum of patent royalties to Howe, as well as giving him a share in the I.M. Singer & Co profits.

Despite all the allegations, drama and legal disputes, Howe and Singer both died multimillionaires, and each of these pioneering inventors gave the world the sewing machine. Without the early failed attempts and sheer persistence to create something that would relieve the women and factory workers of long, perilous hours, who knows what our clothing manufacturing industry would look like today. The history of the sewing machine is a complicated one, and as a result, many enthusiasts still debate who can claim the title of the real inventor. Our stance? We’re just glad we still don’t have to use animal sinew and bones. 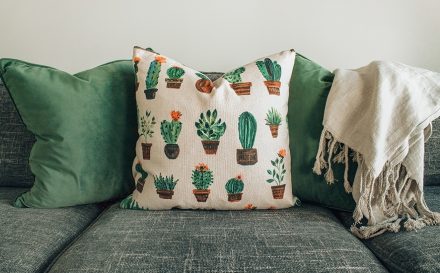 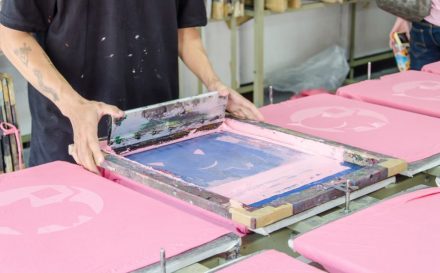 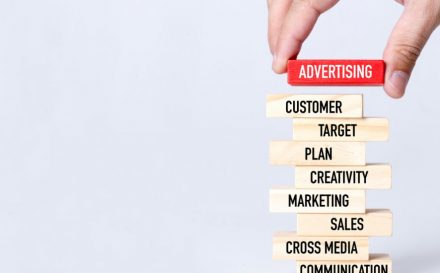 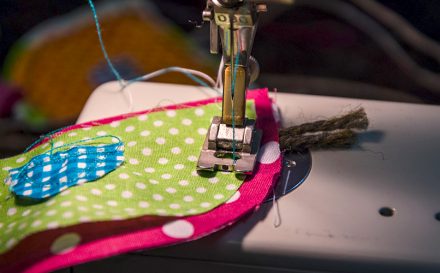 Types of Applique and How to Choose the Style for You