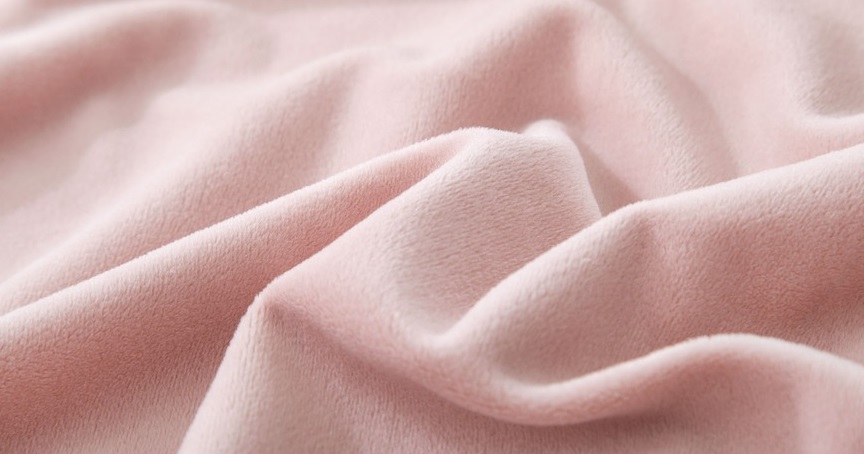 Velour is an incredibly soft, plush textile that is very similar to velvet (albeit much less expensive). It’s characterized by a wonderfully soft-to-the-touch finish with cut fibers that follow the stroke of your hand and drapes seamlessly. But what is velour, and what’s the difference to velvet? Read our guide below to discover more about this luxurious power fabric of the ’70s.

What is Velour made of?

Despite its luxurious finish, it is typically made from cotton, and can even be made from synthetics such as polyester. The signature soft texture on the surface of velour is known as ‘pile’. It is made by cutting across looped threads with a special weaving process. Although created with a similar weaving process, velvet is actually made from pure silk – making it much more expensive and high-end.

The History of Velour

There’s a fair bit of speculation around where velour originated. Most seem to agree that it was first created somewhere in the Far East and traveled along the Silk route to Europe.

‘Velour’ is the French word for ‘velvet’.  Although not technically velour, pieces of velvet have been found in China dating back as far as 206 BCE. In 2000 BC, Cairo was a production hub of velvet, alongside Iraq, creating the textile for royalty and the very wealthy. It took such a long time to produce that it was incredibly expensive, making it a very high-end luxury good.

Mass manufacturing of velvet’s cheaper counterpart, velour, began back in the 1840’s with the production of cloth bolts. With increasing popularity, a variety of velours like cotton, wool, ribbed and polyester became available to the market.

Up until the 1970’s it was primarily used for upholstery and household items. It only became popular in clothing in the late 60’s and 70’s – despite begin ridiculed for its background in furniture.

Velour became the fabric of a generation in the 1960’s and 70’s, as almost a rebellion against the fashion and societal constructs of the time. Being soft, comfortable and colorful, it was the polar opposite of the tailored clothing that was trending for women and men.

Velour wasn’t a fashion forward fabric. However, after popular music bands were seen wearing it in the 70’s, it eventually made its way into mainstream fashion.

The textile was embraced with open arms. Adidas and other sportswear brands created signature tracksuits and sports gear using this super soft material. Even in the 90’s, Jennifer Lopez’s first clothing line was pretty much entirely velour tracksuits with those signature flared legs – and that’s definitely one we’ll remember.

What is Velour Used For Today?

We know it’s delightfully soft and impossible not to touch, but what is velour actually used for? We also know that this infamous fabric did have its place in fashion a few decades ago. But due to its cliche as the cheaper imitation, most fashion designers favor velvet over velour in modern fashion. Velvet itself has been in and out of fashion more times than we can count but never fails to make a striking comeback.

Velour is generally known as a ‘comfy’ fabric. It’s used for all things cozy and super soft casual-wear – pajamas, tracksuits, slippers, leggings and dressing gowns. For the optimum lounge-wear, you can’t go wrong with this silky smooth textile. Velour still tends to be favored in homeware where it will endure more wear and tear. As it’s a cheaper fabric is often preferred over pure silk velvet.

Velour Vs Velvet – What’s the Difference?

As mentioned, velour and velvet are very similar and are commonly confused for the same material. Aside from being made from very different fibers, the weaving process does differ slightly too. When weaving velour, the yarns are knitted into loops to make a pile weave. Then the small loops are cut off which causes the fabric to lose its sheen. Velvet, however, is actually woven on a special loom which weaves two thicknesses of the fibers at the same time. The two pieces are cut apart which creates the tufted soft pile effect with the layers being wound onto separate rolls.

Before industrial power looms were available, creating velvet was very complicated and time-consuming. That and its all natural silk fibers contributed to its higher price. As velour is knitted, it’s traditionally much stretchier than velvet. Developments in the textile industry mean that velvet can be used for almost all the same applications these days though – from curtains to clothing or upholstery.

Feel the difference between velour and velvet and explore over hundred other types of materials with your very own fabric swatch pack. Understand the texture, strength and finish of each fabric by taking a hands on approach. 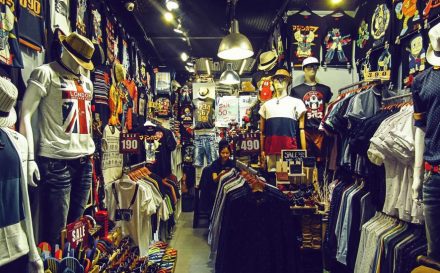 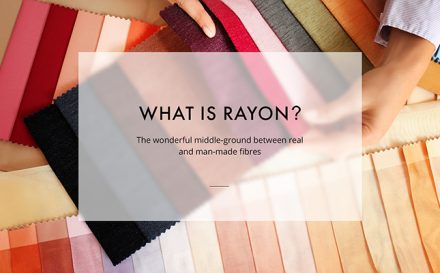 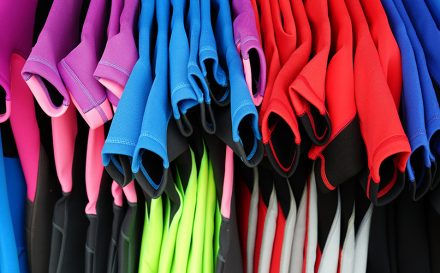 What is Neoprene? From Scuba Diving to Avant-Garde 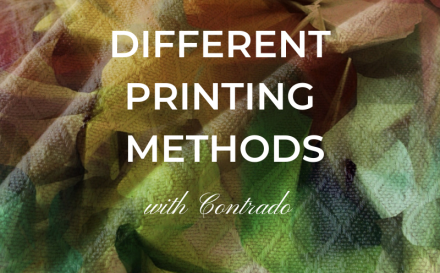